THE COURSE
One of the most fascinating challenge of Italy

Hard not to fall in love right away of a complex, extremely technical course like that of Venice, in an area of great natural breath with large trees that create a unique green setting. The self-draining sandy ground is able to absorb even the most intense rains in a short time allowing the practicability 12 months a year. Par 72 of almost 6200 meters from the championship tees, despite the plants that surround has many features that remind the Scottish links. The winds of Bora and Scirocco often make life difficult by increasing the difficulty of hitting the greens well protected by large natural sand bunkers. 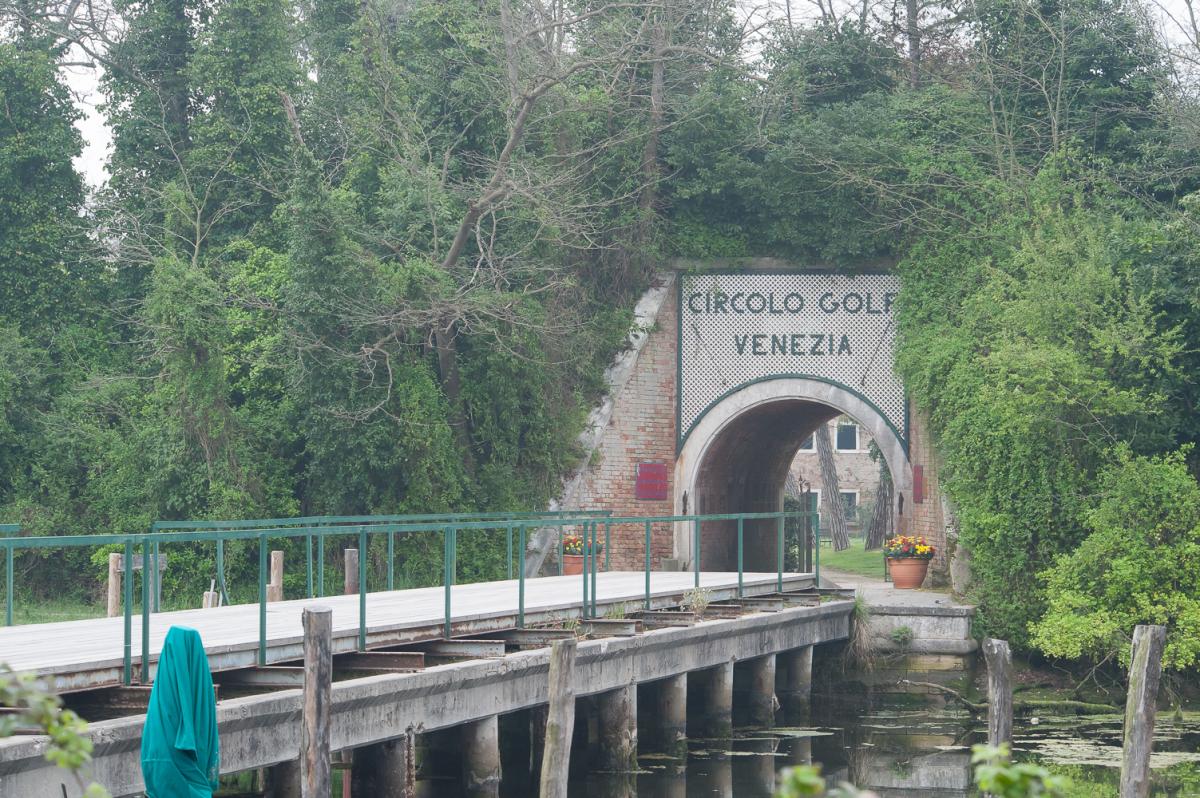 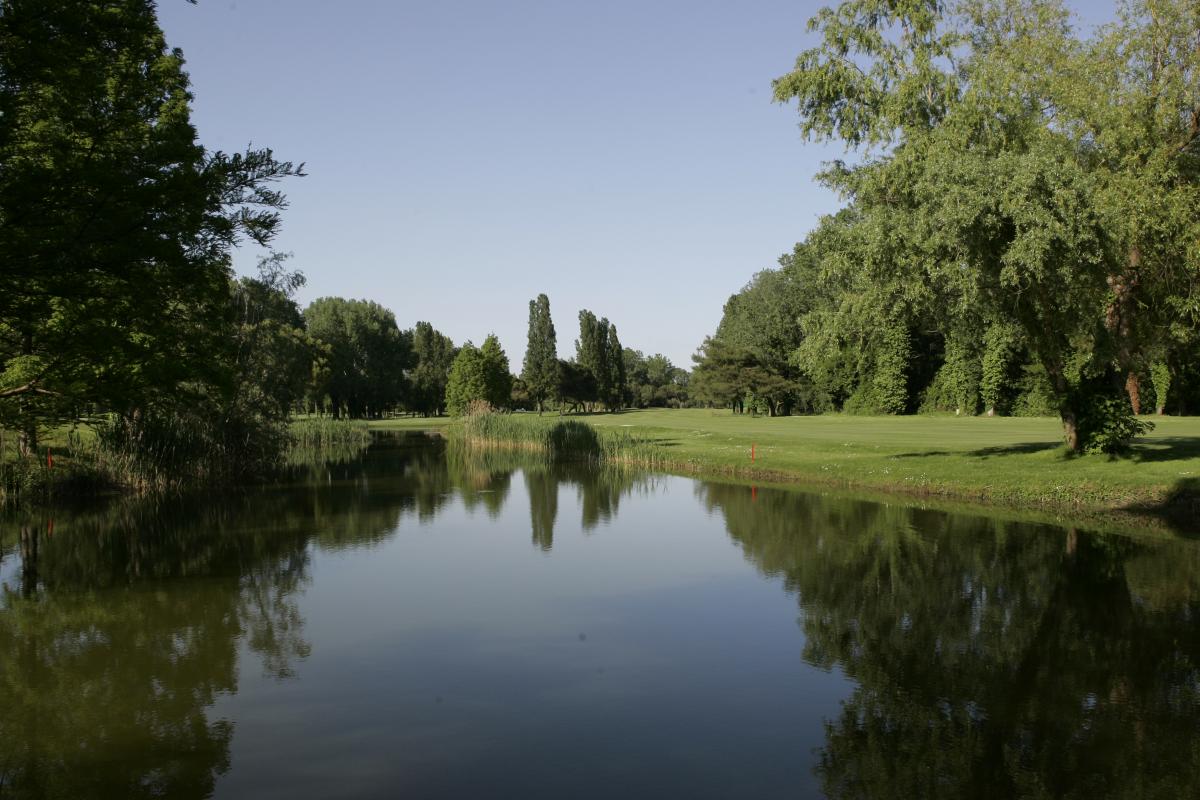 Many fairways are outlined by a variety of trees, such as maritime pines, willow trees, poplars and mulberries underlining the importance of accuracy from tee. The design includes holes well guarded by bunkers, where the drive must be accurate in order to find the landing area, as well as longer holes requiring a more powerful drive. The front nine present two difficult par 3: hole 2, with a distance of just 128 metres, where high accuracy is required to hit the green and hole 5 that, under constant influence of the marine breeze, requires a good long iron or hybrid shot. And then, the third par 3, the legendary hole 9, worthy of a link’s best tradition, with a blind shot crossing through the fort.
The second 9 holes are longer and include 2 excellent par 5, namely hole 11 and 13 – leading to the final stretch, 5 consecutive par 4 meander among the trees and require greater tee or fairway accuracy to hit the small and elevated greens which are always well protected. Although the holes are relatively short with respect to modern standards, the old saying that “the round is not over until it’s over” surely applies to these spectacular final holes. 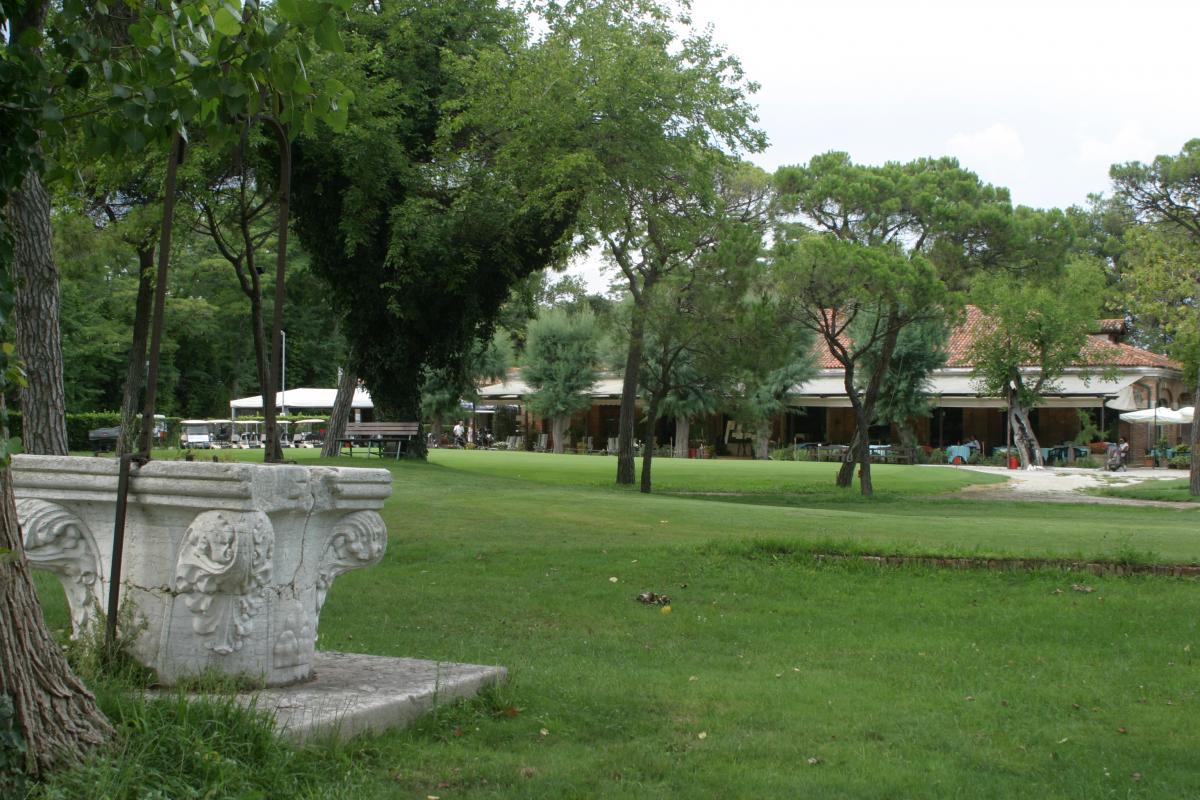 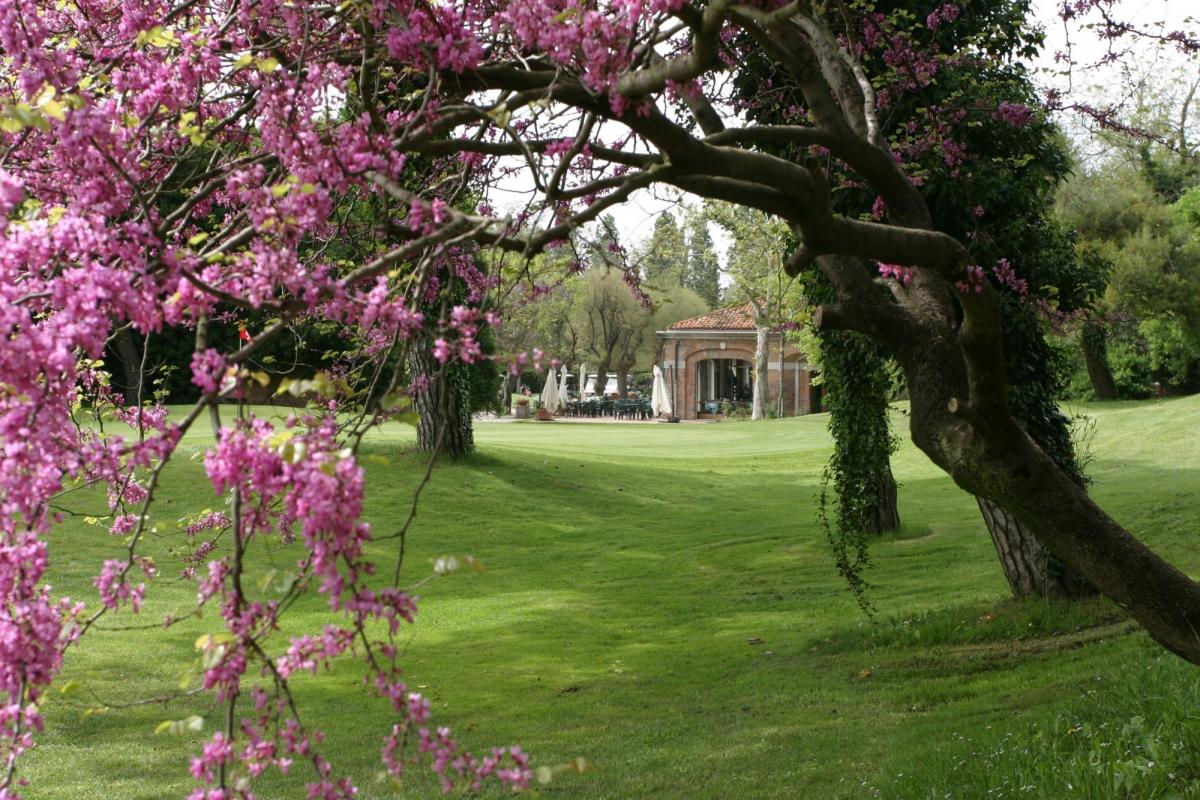 Around an ancient Austrian fortification built to defend Venice – and still existing to this date – army quarters and horse stable form the skeleton of today’s club house. After the bridge leading to the fort entrance, we find the central building, former shelter for the garrison, now destined for hosting the main services of the Club. In a fascinating historic setting sits the club house, characterized by a large veranda near the putting green – it hosts the secretary’s office, the changing rooms and the bag storage.
The central theme has always been the strong welcoming, hospitality and sportsmanship spirit. In the club house a nice and cosy restaurant offers members and guests a genuine cuisine featuring local Venetian recipes. 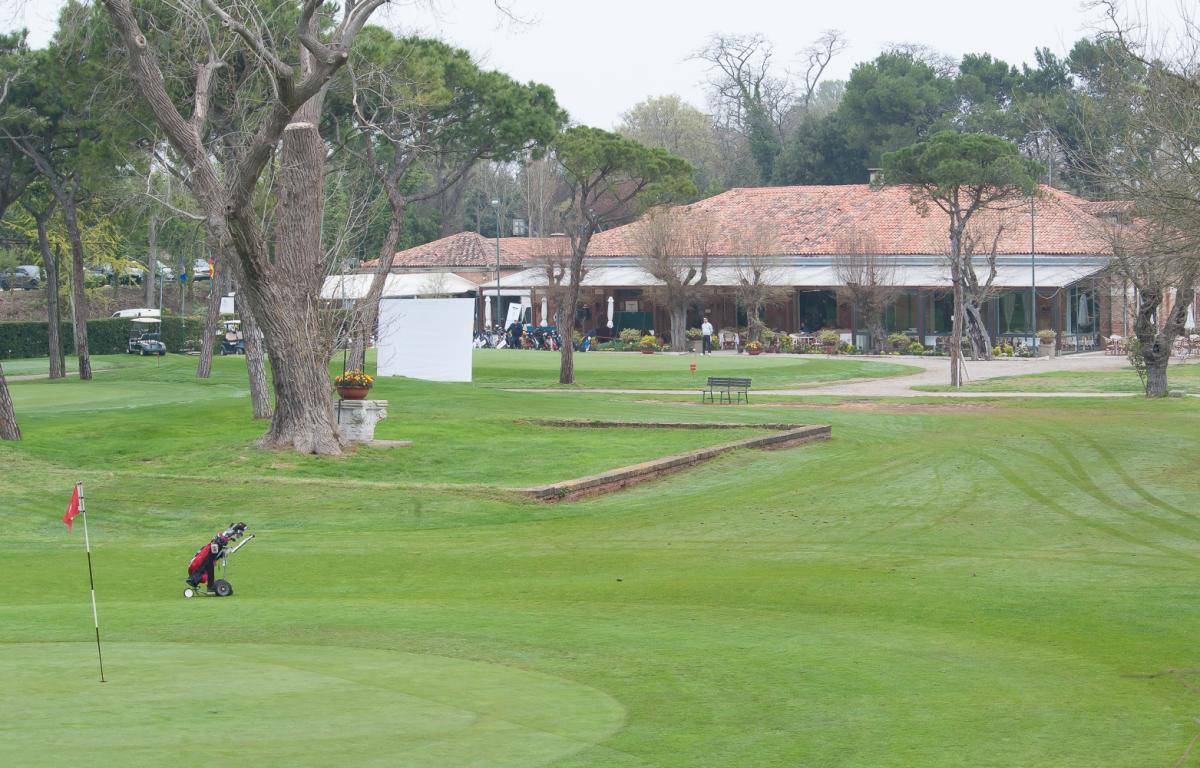 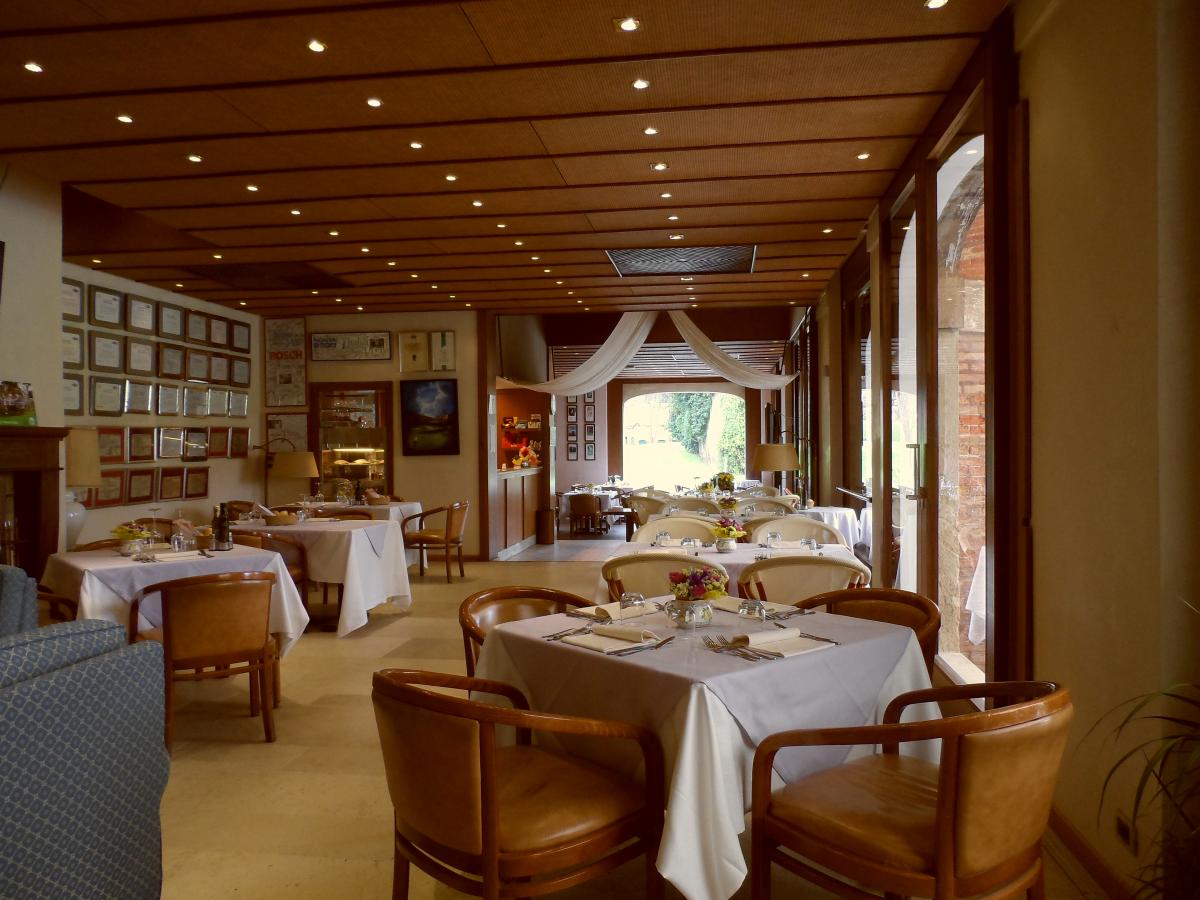 NESTLED IN A WWF OASI

Away from the crowd cramming Saint Mark’s Square,a WWF protected green oasis borders on the Golf Club. This green lung shelters dying out wildlife. Its sand dunes start from the foreshore on the beach and progress inland, changing from embryo dunes, to mobile dunes, to stabilized dunes – less exposed to wind erosion – until reaching the inner woody core, characterized by a pine forest resulting from the post World War II reforestation.
The core of the oasis did not exist before 1800 – as a matter of fact, the sea washed the old Alberoni Fort. The beach, therefore, was created through the action of winds and sea currents after the dam at the Malamocco harbour’s mouth was built. The oasis includes a large stone and maritime pines grove that is currently being reconverted into broadleaf trees grove of manna ash trees and quercus ilex. White poplar thickets stretch over the area towards the golf course, around XIX century moated fortress ‘Batteria Rocchetta’ (near the current lighthouse).
Along the course, marram grass (whose name means ‘sand lover’) is highly visible. This gramineous plant with dense tufts and ending with a silver yellow panicle helps stabilize the mobile dunes by absorbing water and binding sand through its sturdy roots. 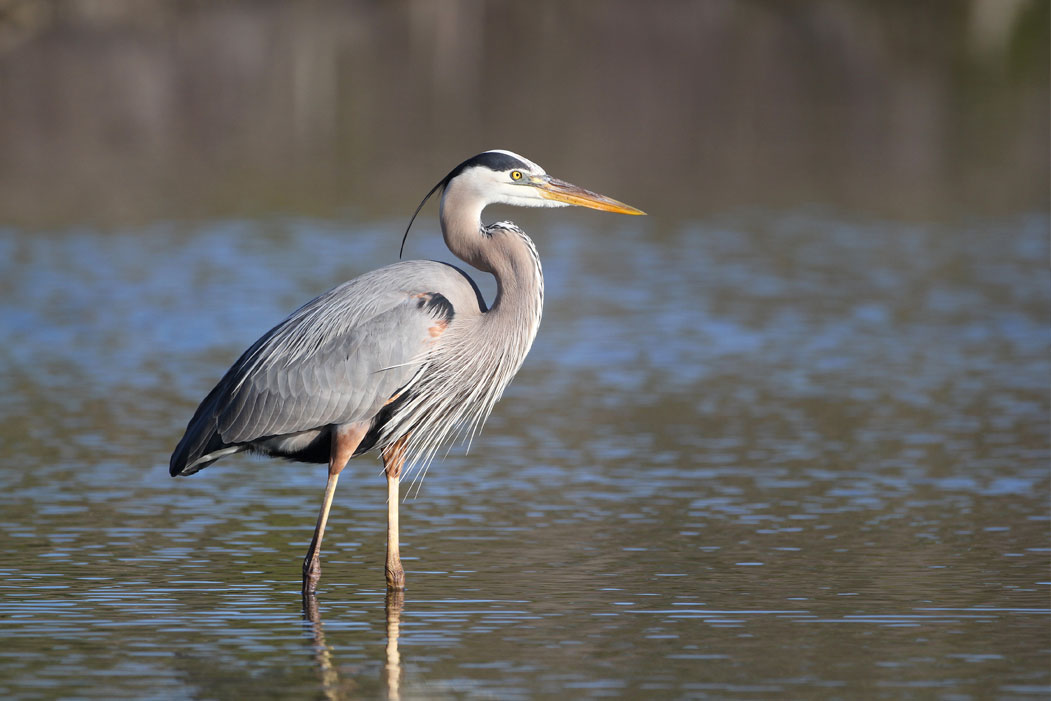 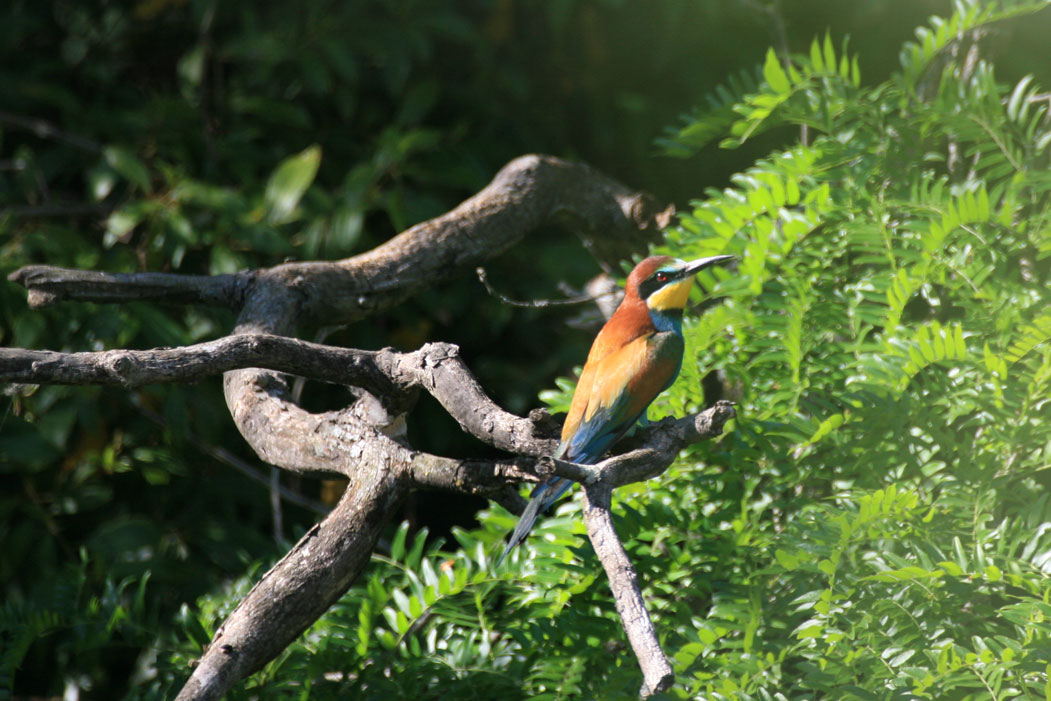 Diverse fauna can also be met along the fairways. In addition to the ducks moving in team up to the Clubhouse, there are pheasants and grey herons. Specimen of Kentish plover (a bird nesting in the sand), or of puffin (hunting fish on the beach shore), sea-pie during migration times, bee-eater (colorful bird coming from Africa), Sardinian warbler and the cirl bunting that nestles in the pine grove, plus a very rare specimen, the goatsucker, a twilight bird appearing at sunset, whose fly resembles that of the hawk.In the wooded areas, we find the golden oriole and the spotted woodpecker, the green woodpecker and the hoopoe. Near the fresh water area and the trenches, the kingfisher, the dwarf heron and the little bittern. But let us not forget the amphibian species, tree frog and green toad, and finally the growingly sociable nutria, looking for company between the green of hole 8 and near the ponds of holes 10 and 14.

Among the 10 best golf course in Italy

Always included among the 10 best golf d 'Italy from 1986 (year of establishment of the prize) today, awarded the Silver Star for Sporting Merit in 1976 and the Gold Star in 1985, in addition to countless national competitions hosted numerous international events and championships: 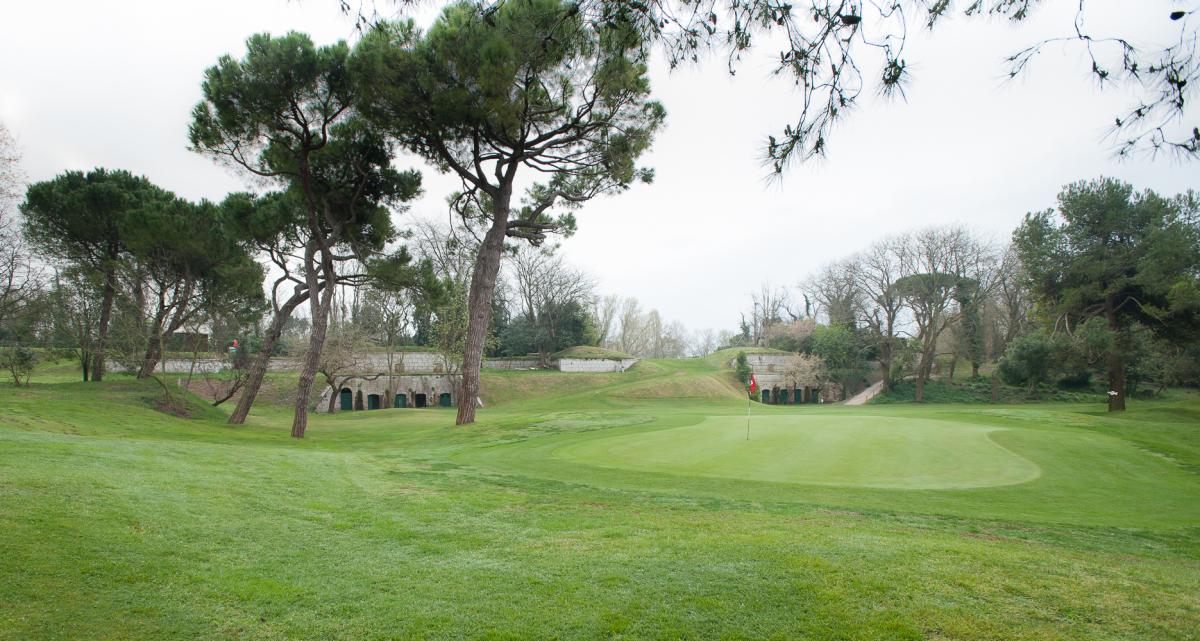 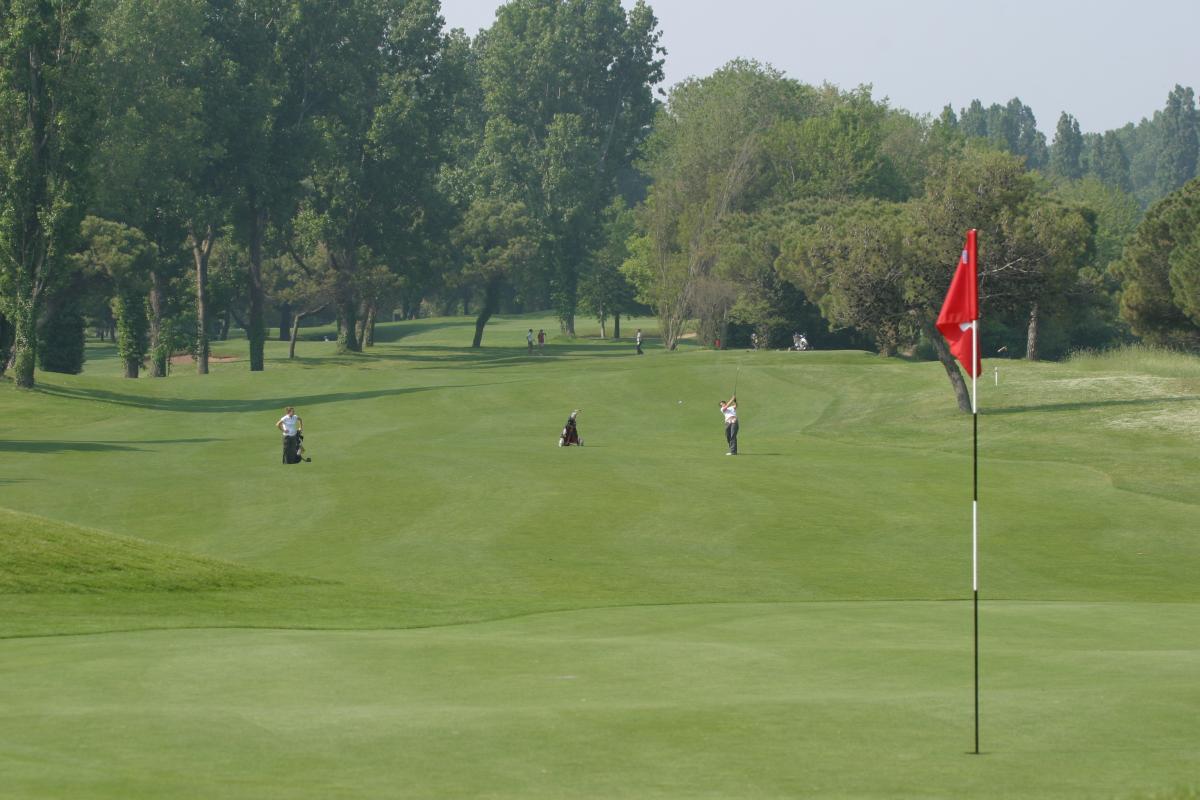 Please insert at least one product for each card

You have to comply with the minimum quantity for each item

All prices include VAT