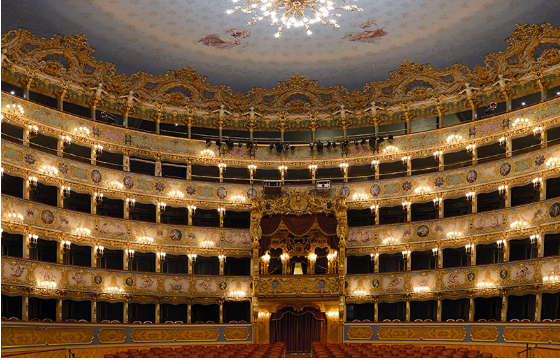 The Teatro La Fenice should not be missed by anyone visiting Venice: it is one of the most beautiful, if not the most beautiful opera house in the world, and since its very foundation has been a prestigious international stage, hosting some of the greatest artists and musicians in history: composers such as Rossini, Bellini, Donizetti, Verdi, Wagner, Britten, Nono and Maderna; singers such as Maria Callas, Renata Tebaldi, Franco Corelli, Alfredo Kraus, Carlo Bergonzi, Fiorenza Cossotto, Leyla Gencer, Luciano Pavarotti and Mirella Freni; and conductors such as Serafin, Bernstein, Stravinsky, Maderna, Karajan, Abbado, Muti and Chung.
La Fenice was commissioned by a partnership of ex-boxholders to architect Giannantonio Selva and was inaugurated in 1792. Since then it has burned down twice: in 1832, when the reconstruction was entrusted to architects Giovanni Battista and Thomas Medusa, and in 1996, rising from its ashes in 2003 to a project designed by Aldo Rossi. 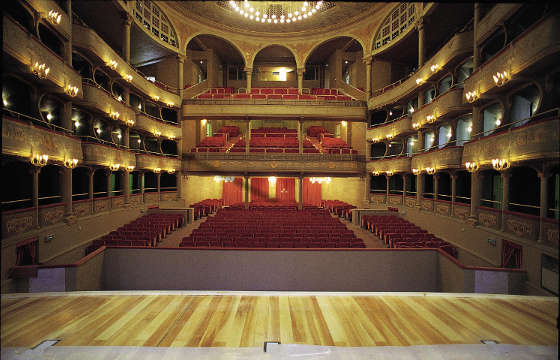 The Teatro di San Giovanni Grisostomo was built in just four months at the end of 1677 on the former site of Marco Polo’s ancient home, a circumstance demonstrated by the name of the courtyard nearby, Corte del Milion. It was commissioned by the Grimani brothers from Santa Maria Formosa, who were actively involved in the theatre business. Though there were as many as 18 theatres in Venice by the end of the seventeenth century, this theatre in particular was quick to become one of the most popular theatres for Venetian audiences, and was described as  “the biggest, the most beautiful and the richest in the city” (J.C. de Cramailles, 1683).
The project designed by the engineer Donghi in 1919, which made ample use of reinforced concrete, interpreted the existing physical structure by exploiting the length of the building site to create two galleries in front of the stage; to compensate for the increased length of the theatre space, the room itself was widened, requiring the construction of corridors cantilevered over the canal of San Giovanni Grisostomo, and an extension of the building into the street on the other side.
The Theatre, which was renamed Teatro Malibran in honour of the great singer Maria Malibran who had sung La Sonnambula here, was purchased by the City of Venice in 1992 and has now become the second home of the Gran Teatro La Fenice. 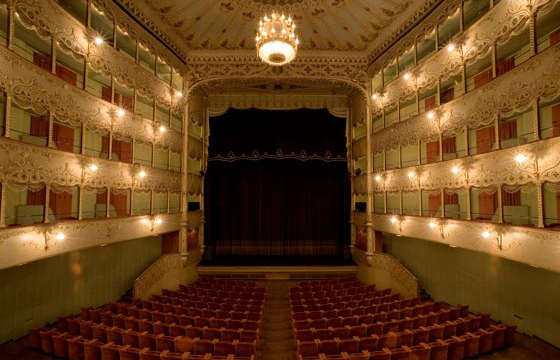 The Teatro Goldoni is the ancient Teatro Vendramin di San Salvador (or Teatro di San Luca), built
at the behest of the Vendramin family in 1622 as a venue for comic theatre.
Carlo Goldoni himself worked here in 1762: at that point his plays focused almost exclusively on the middle-class, the new and increasingly characterized social class that, thanks to its dynamism, entrepreneurship, cultural awareness and taste for everything modern, was progressively replacing the old and senescent Venetian nobility.
In 1818 the theatre was restored by architect and set designer Giuseppe Borsato and named after Venetian playwright Carlo Goldoni.
Today it is the home of the Teatro Stabile del Veneto.